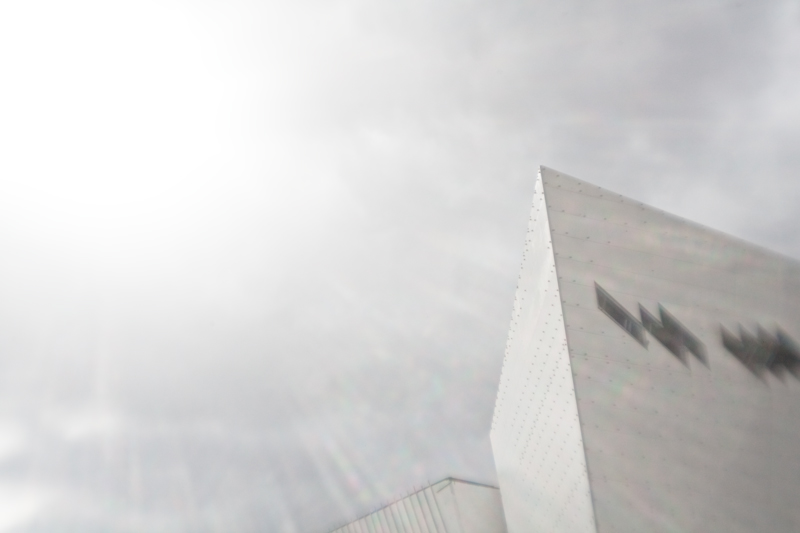 I don’t know if it’s a good thing or not that as soon as i saw the sun in that position next to the building, i had a shot i’d like. I say I don’t know if that’s a good thing or not because it’s a shot that i’ve already taken of other buildings, or at least something very similar. This one is with the new glass holga lens, but it’s given a very similar effect to what i’m used to with the plastic one, and I don’t know if the fact that it is so similar takes away from it – if i’m just copying something i’ve done before – following a recipe of sorts, does that affect the quality of the outcome?

Not sure i can explain what it is about it that i’m really thinking, maybe someone else can put it more eloquently.

Anyway, what a fantastic photowalk. We were chauffeured around from one location to the next in a special photowalk bus, and got special access to the city hall, plus the building you see here which is going to be a Titanic museum – and from the sounds of it a really, really fantastic one – which at the moment is still barely a shell. That means that to get to the top we had to climb quite  a few flights of stairs in rather cumbersome protective boots, hard hats and hi-vis vests, but it was totally worth it. We also got a private tour around the old drawing offices where the Titanic and other ships were designed from a serious ‘Titanorak’ who really did an excellent job of telling the story of the building, and the ship itself. I’m not usually one for guided tours but I found his enthusiasm quite infectious :)