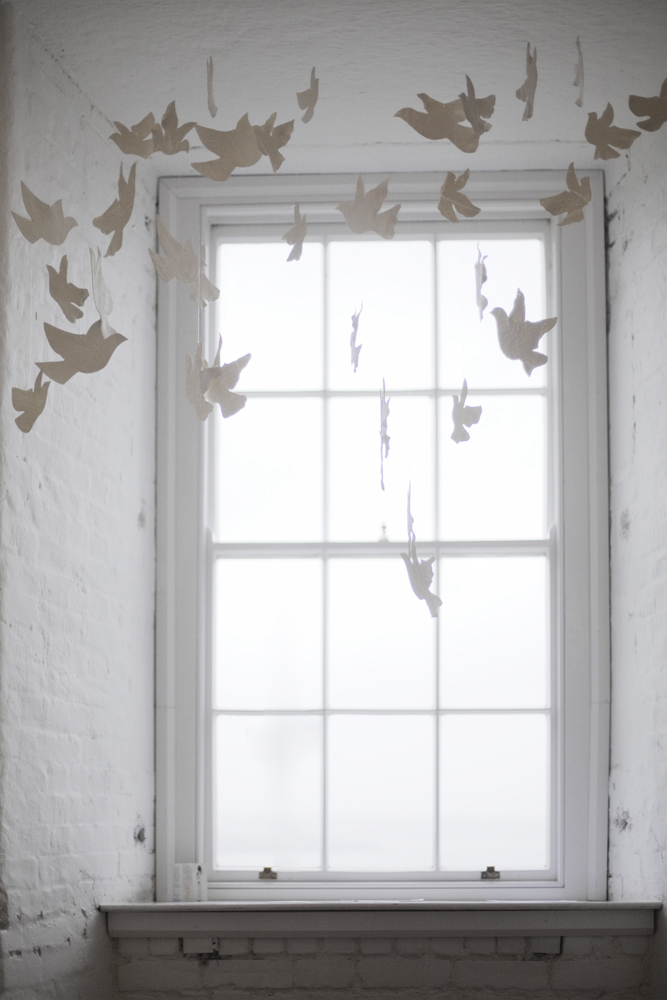 After a hugely successful evening of bringing together knitters, crocheters, brewers and photographers we had a decent nights’ sleep and headed out to Camden Fort Meagher for the third time so far, since we heard that there was another new bit open and also a tearoom. Sadly they are waiting for some paperwork from a fire safety officer before they are allowed to let people into the tearoom, but we still enjoyed a coffee sitting outside – with the umbrella up! The rain got heavier as the day went on but we were busy underground exploring the newly cleared tunnels, room and spiral staircase. It’s fantastic to see the place transformed from the mass of brambles and rubble that stopped you getting in to most of it before.

Anyway, what does this have to do with these beautiful porcelain birds? The Society of Cork Potters were using one of the rooms as a space for an exhibition called “fragility – an exhibition commemorating Titanic 100” and the pieces were influenced by the Titanic, and the people associated with it.  The birds are (as far as I know) made from paper porcelain with imprints of Irish lace, and they are made by Martha Cashman who I was delighted to meet on the day. She has loads of connections to craftspeople and artists of so many different disciplines and backgrounds, we had a lovely chat and I hope our paths cross again soon…

One Response to fly away